We asked OVER 15,000 members (yup we passed 15k!) of our Audio Plugin Sales and Deals Facebook group to submit and vote on which deals they thought were the best this week.

Black Friday is so close you can smell it! So be prepared. 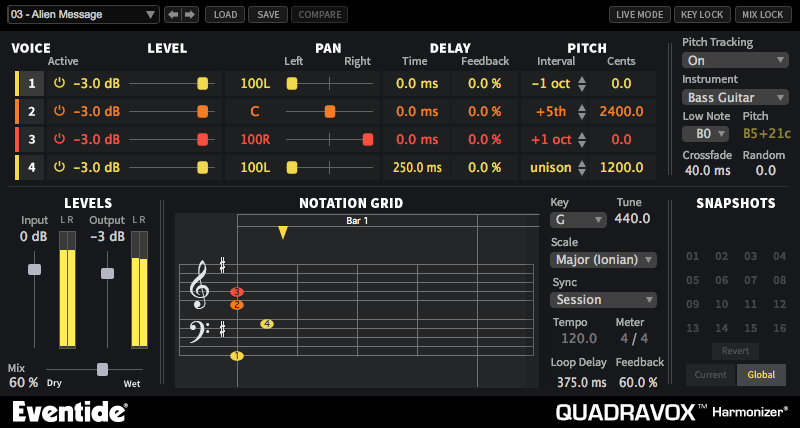 This is not a drill. Audio Plugin Sales are giving Eventide's QUADRIVOX 4 Voice Pitch Shifting Harmonizer Plugin away. For FREE. Yup!

Get this freebie now!

#2. Duck from Devious Machines for €9 from VST Buzz

Devious machines have been dropping some quality new effects since arriving on the scene. Duck is one of their more functional plugins and for €9 it's a tool worth grabbing for yaw DAW.

Ducking, or sidechain compression is one of the defining effects of modern music, from classic House to modern EDM, tracks by Daft Punk, Noisia and Eric Prydz ooze that pumping, ducking effect.

Grab this deal now! Or you must be QUACKERS!

Falcon is an advanced and truly unlimited hybrid instrument, bringing together an extensive collection of cutting-edge oscillators, effects, modulators and event processors and delivering them in a workflow-adaptive and highly-scriptable environment. Falcon allows you to create and manipulate sound with unparalleled precision and finesse, from basic sample slicing and synth design to extravagantly modulated multitimbral hybrids.

Back in the charts for a second week, dropping from number one to number three... Currently 30% off for new buyers plus two free expansions and a $100 voucher to spend in the UVI store. Those who already own Falcon have been pleasantly surprised to find this upgrade is free.

Get this offer now!

So actually there was a different IK deal on the list at number five but I can't seem to find it now so probably it's expired... however, this new one is worthy of taking its place. MODO BASS is sweet and this is a nice big discount!

Check out this deal!

A late entry as it only just came on sale, but a popular deal. The inventors of the incredible Phase Plant synth are offering their original multiband modular FX unit half-price for two weeks.